THE HISTORY OF OUR HX-2

About 3 years of development time, many clever minds, many more helping hands and the absolute passion and belief in achieving something many have failed in so far. The result is our HORTEN HX-2, the first civilian flying wing aircraft. How it all began… 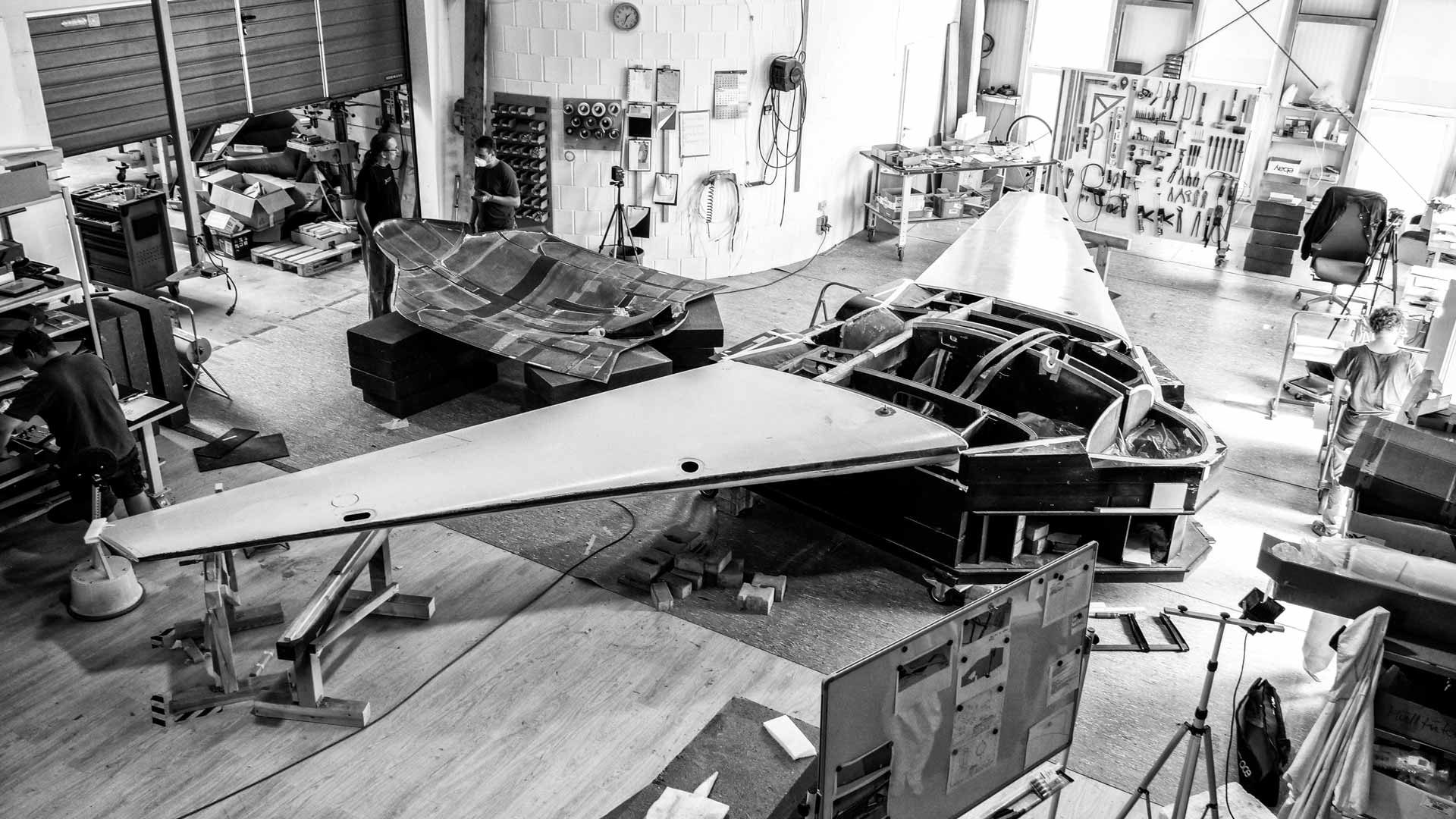 The first flying wing aircraft designs were already available at the beginning of the 20th century by Hugo Junkers. The Horten brothers continued the development.

Our HX-2 prototype celebrated its world premiere at AERO in April 2019. The biggest success: It flew from Eisenach to Friedrichshafen within 2 hours flight time!

Our clear goal is to develop a civil, four-seater flying wing aircraft and bring it to production readiness – including the options of the alternative engines like fuel cells! 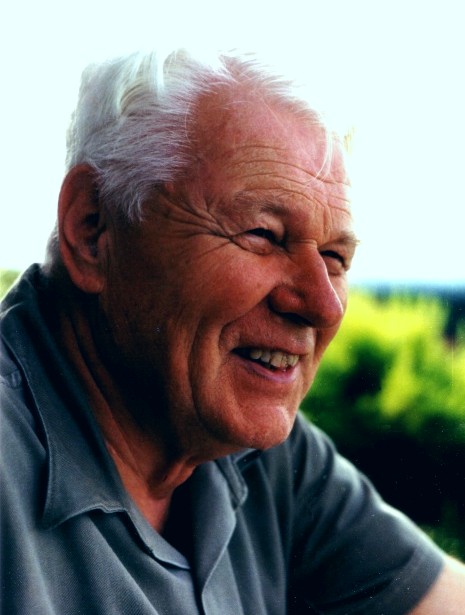 The father of flying wings

We owe our success to Dr. Reimar Horten who is considered the father of the flying wing. He was with us from the beginning and we have named our company HORTEN Aircraft® in his honor. Before and during the Second World War Reimar Horten and his brother Walther were considered the top secret „men of hope“ of the German Luftwaffe. For the first time we have built a viable company in order to market the flying wing.
Four different flying wing designs were in mass production by the end of the war. After the war ended the Allies prohibited further flying wing development in Germany. But the United States continued research of its own with Northrop`s flying wings. Years later Northrop Grumman built the well known B 2 bomber.

The father of flying wings

We first contacted Dr. Horten in Argentina in 1988. Under his direction we designed, built and flight tested three radio controlled scale model flying wings.
We were so exited by the flight test results that we decided to build our first manned aircraft based on Dr. Horten`s blueprints. 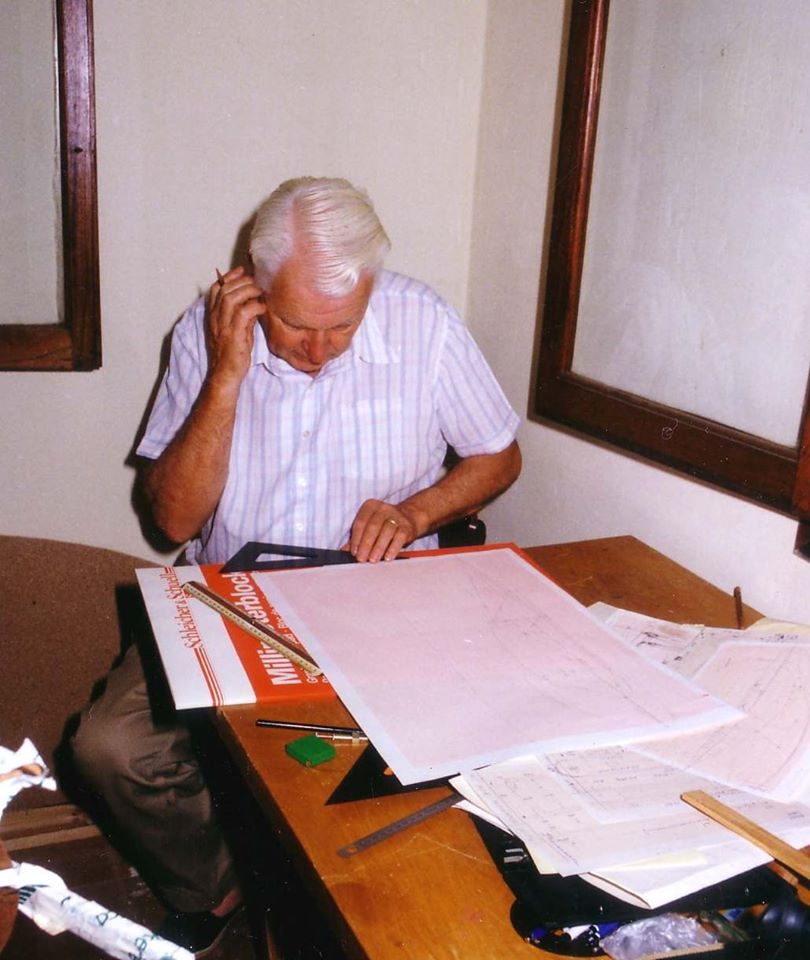 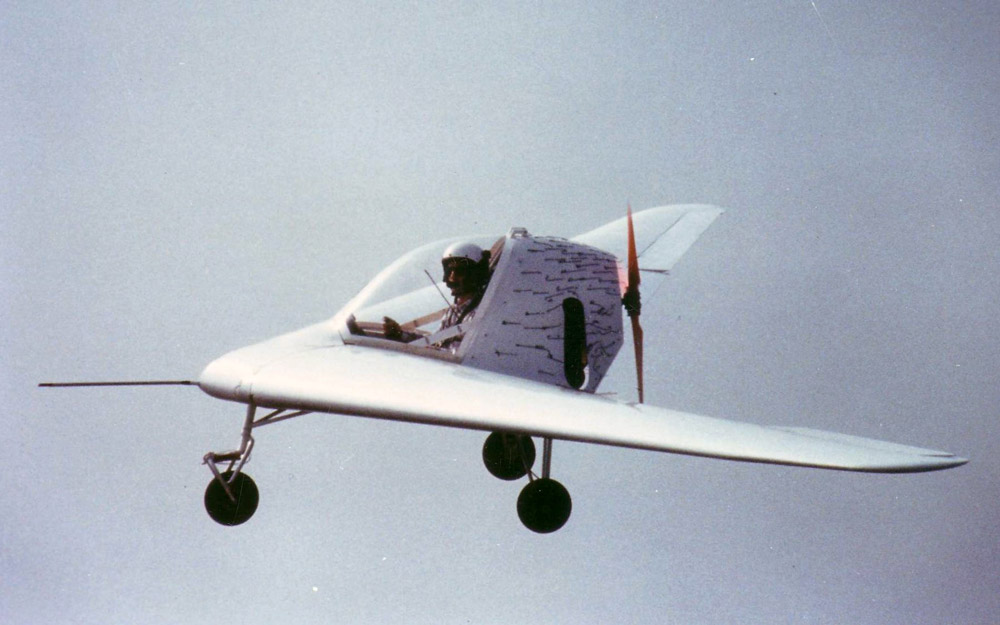 Construction of the single seat PUL 9 with a wing span of 9 meters was completed by NIKE Aeronautica in 1991 just outside Bologna, Italy. Flight testing began immediately on the company owned airfield. These tests further demonstrated the unique flying of characteristics of this design; it was very forgiving and easy to fly, it was very stable and quite efficient.

Therefore under the direction of Dr. Horten we began working on a two seat flying wing. A mock-up was built in Argentina. The first prototype PUL 10 was built in Europe using composite construction. Flight testing began in Italy in 1993. After reports from several professional test pilots from Italy and France were published in the press, a flood of inquiries arrived from interested buyers. 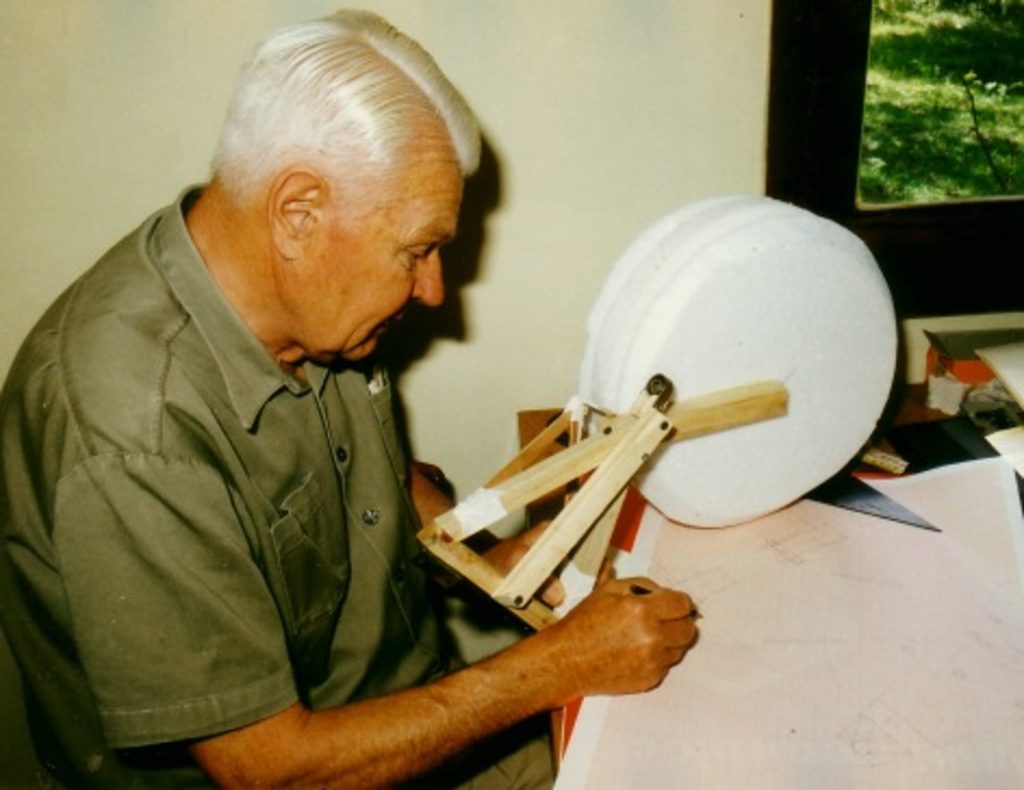 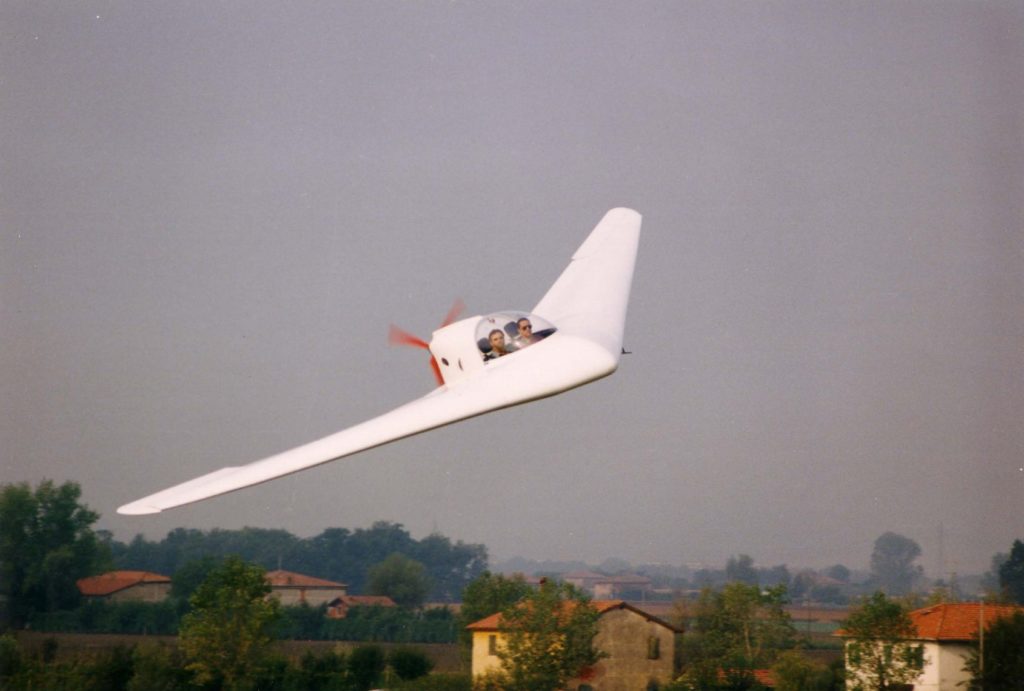 Encouraged by this success we built the second PUL 10, this one with retractable landing gear.
It`s test flights began in Italy in 1994 and were continued on Sarrebourg Airfield in France. In 1995 a flight to test the stall characteristics with a centre of gravity too far aft resulted in loss of control. The firing of an emergency parachute saved the pilot from injury but the aircraft was demaged beyond repair. Construction of the third PUL 10 began in 1996 and in 1997 flight testing began at Breitscheid Airfield under German registration. It was reported in the press and it was featured on television and in radio news.

A review of what we learned from the PUL 10 has led to the design of the next generation flying wing. This aircraft was supposed be quiter, better performing with an improved passenger location in relation to the aircrafts centre of gravity so as to assure proper loading in every day use. Based on these findings, the research and development of a new model began. 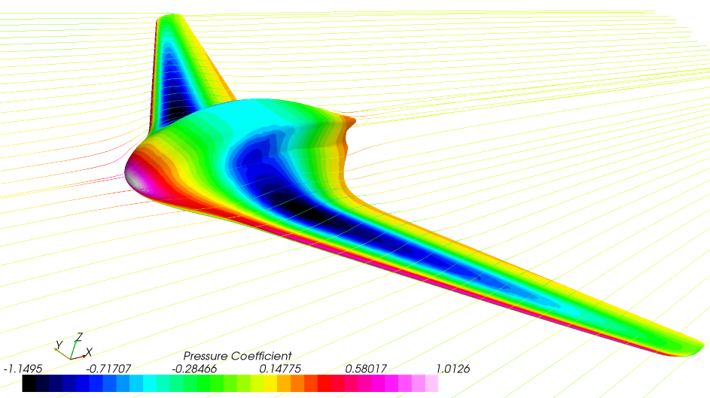 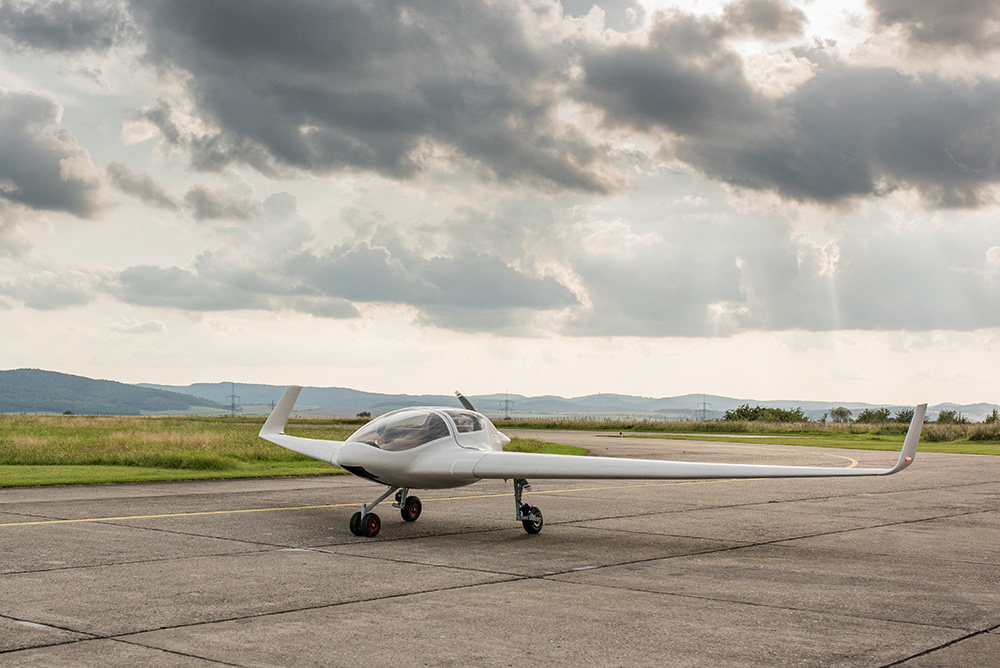 In September 2017 the time had finally come when the HX-2 had its first rollout on its home airfield Eisenach-Kindel (EDGE). After 3 years of development and construction, the aircraft left the hangar for the first time as part of an employee party.

In summer 2018, after countless tests, further developments and optimizations, the next milestone was reached – the HX-2 lifted off the ground for the first time ever. Although the retractable landing gear remained extended for safety reasons throughout the entire flight, the aircraft showed such good flight characteristics that the originally planned start and stop plans were turned into two 20-minute test flights. 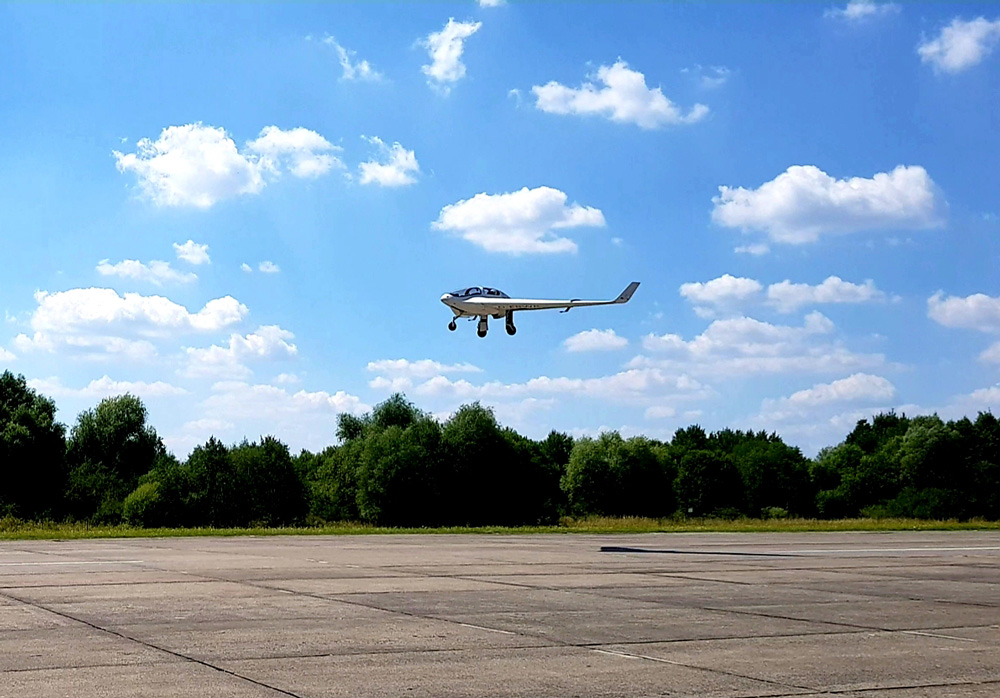 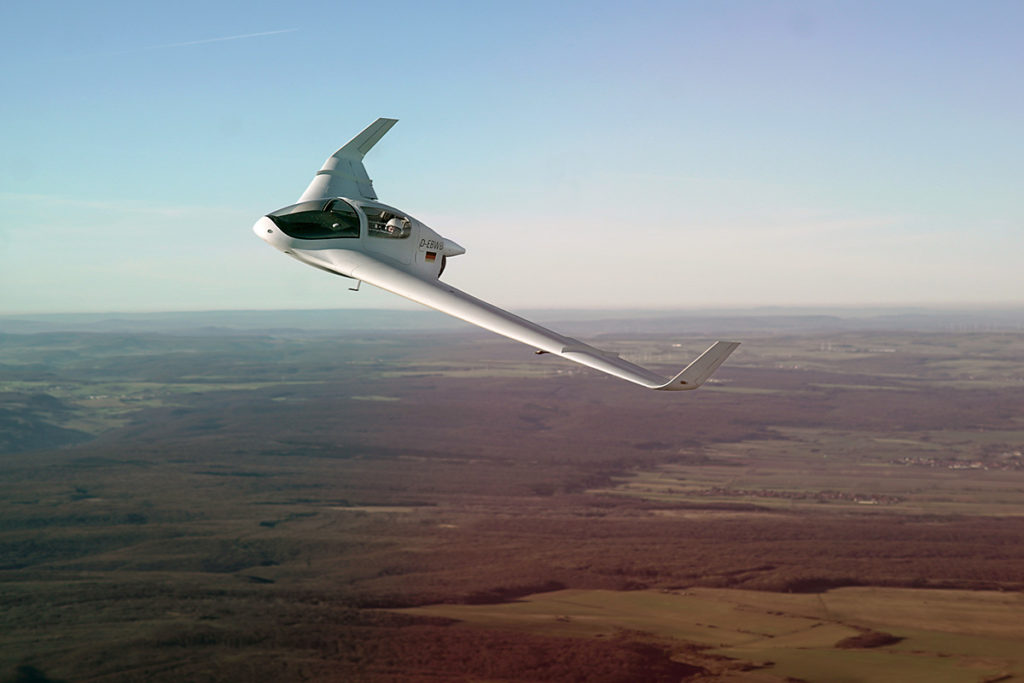 In February 2019, in preparation for the world premiere, the first tests began with the landing gear retracted – probably the most beautiful view of the HX-2. While the first test still took place around the home airfield, short distances to a neighbouring airfield could already be completed on the second day without any problems. Within the scope of this test, the first in-air photo shooting took place over the home of our now flight-tested flying wing.

The AERO 2019 in Friedrichshafen was the perfect place to present the HX-2 to the public for the first time. Even in the run-up to the event, there were numerous reports about the “mysterious new presentation” in Hall B1. Not only the perfect positioning directly at the main entrance of the fair or the well-attended press conference, but above all the fact that this prototype actually flew from Eisenach to Friedrichshafen within 2 hours a few days before the show attracted enormous attention. 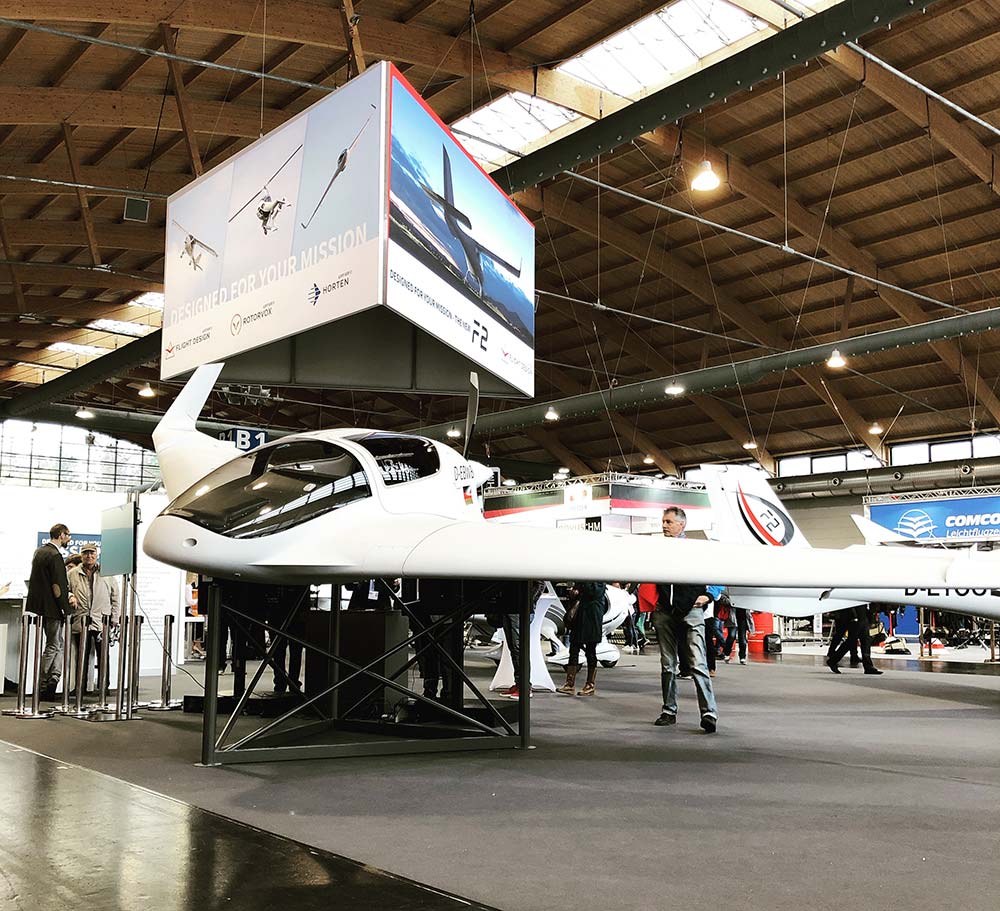 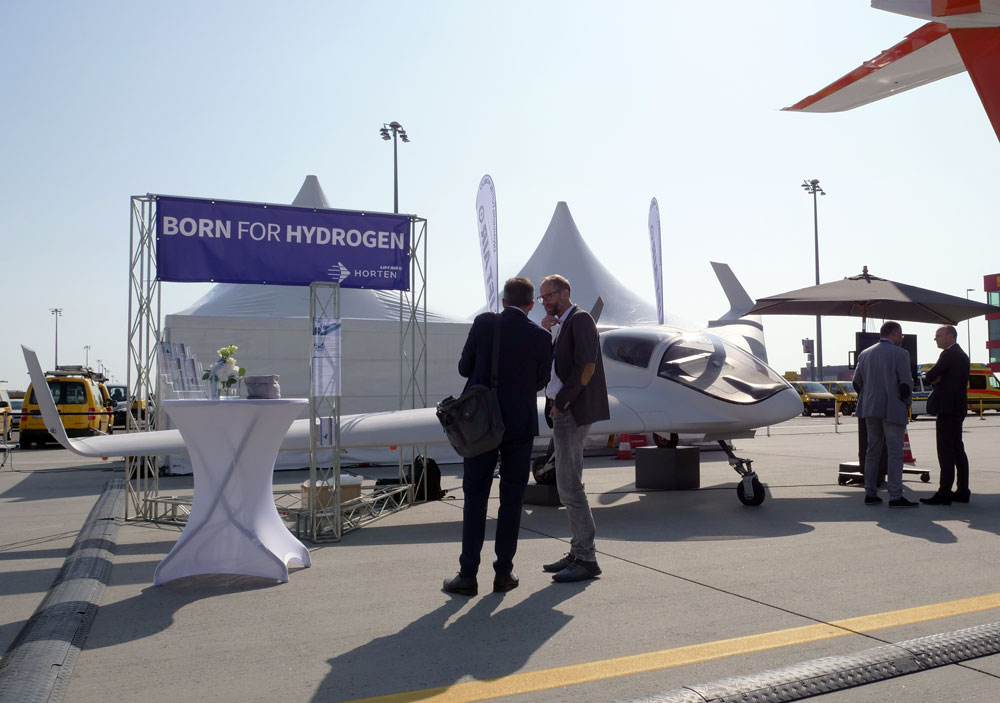 The National Aviation Conference was held for the first time in 2019. The meeting of well-known manufacturers and high-ranking politicians at Leipzig Airport gave us the unique opportunity to present our vision and the potential of the HX-2 for operation with alternative propulsion systems – especially hydrogen and fuel cells.

On 27 November 2019, the Thuringia 2019 Innovation Award was presented at the congress centrum Weimarhalle in Weimar. From a total of 91 applicants, we were awarded the 20,000 Euro prize for the HX-2 in the “Tradition & Future” category. A very special honour, a great conclusion to an incredible year 2019 and the reward for the hard work done by the entire team in recent years.